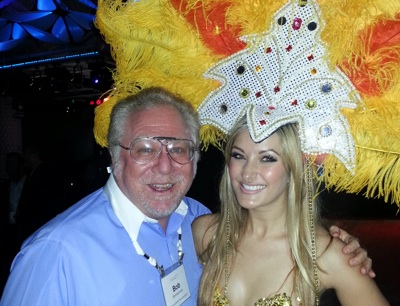 LOS ANGELES—There are lights, cameras, and plenty of real estate action happening in Los Angeles, particularly in the entertainment sector. Sonnenblick Development’s Bob Sonnenblick (snapped at Hyatt Corp’s annual luau at the Americas Lodging Investment Summit in LA last week), tells us movie and commercial production have been growing for six months. That means major production studios are leasing LA office space again. They and music producers are leasing for the standard 10 years. Reality shows are also doing a lot of office deals but going for two- to three-year commitments. And studio space is so full that leasing is overflowing into warehouses. (Bisnow is shopping around its own concept: a reality show about filming a reality show in such unusual quarters.)