November 21 2014 Speakers at the Caribbean Hotel Investment Conference & Operations Summit lament a lack of financing that has created a dearth of deals, but they don’t expect it to last forever.

PUNTA CANA, Dominican Republic—Buyers are laboriously prudent when it comes to hotel assets in the Caribbean, and speakers at last week’s Caribbean Hotel Investment Conference & Operations Summit agreed the process isn’t going to be any more fluid in the foreseeable future.

The biggest issue is easy to spot, panelists said. Despite strong performance fundamentals for the region’s hotel industry, lenders are reluctant—and in a number of cases unable—to throw their hats in the ring when it comes to deals.

“The performance numbers aren’t translating into the availability of capital,” said Gary Brough, managing director of KPMG, during the “Capital and the new normal” general session.

“Right now there is a ton of money going into the hotel business in the (U.S),” said Bob Sonnenblick, principal of Sonnenblick Development. “It’s going to take time to trickle down here.” 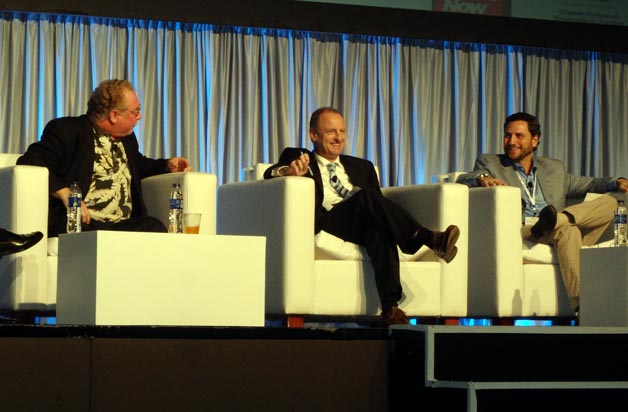 “The good and the bad of the region is oftentimes the absence of senior debt, or if there is senior debt you’re talking about 50% equity,” added Nick Hecker, senior principal at Och-Ziff Real Estate.

Bill Sipple, executive managing director of HVS Capital Corporation, said it’s difficult to source capital for the Caribbean, but cracks in the armor are starting to appear. He said one bright spot is U.S. commercial mortgage-backed securities lenders, which are starting to show an interest in the region.

“They’re seeking ways of finding new avenues that are less competitive and where they can get higher yields,” Sipple said.

Lorne Bassel, president and CEO of Crave Real Estate, said during the “Investor/capital provider outlook” general session that investors who have a clear intent to stay in the deal for the long run are more apt to obtain financing.

“(Lenders) want to see a compelling vision in the plan that makes your project different,” Bassel said. “Marina, golf and beach just isn’t enough. They want to see you bought in financially for the next 10 years.”

But Ali Elam, managing director of Fortress Investment Group, said there’s a simple reason large banks aren’t lending into the Caribbean: “They simply do not have the facility to make loans in the Caribbean. It’s not something they invested in infrastructure for.”

Another issue is rating agencies don’t have coverage in all 32 countries in the Caribbean, Elam said.

The obvious lack of capital creates a shallow deal environment in the region.

George Spence, principal of Leading Property Group, said while some deals have been completed during the past 18 months, it’s going to take at least that long for the flow to increase.

“The Caribbean is 18 to 24 months behind the U.S. in terms of capital and new deals going on,” he said.

Spence noted several key transactions in the Caribbean during 2013 and 2014, including the former Ritz-Carlton Rose Hall in Jamaica that sold to Playa Hotels & Resorts for $70 million and rebranded as the Hyatt Zilara Beach, and the 105-room One & Only Ocean Club in the Bahamas that was sold to Access Industries for a reported $1 million per room.

Interest is building
There is growing interest in acquiring hotels in the region from players such as Fortress Investment, according to managing director Adam Rosenberg. But a deal would have to meet certain criteria for the company to make an acquisition.

“There’s a paradox,” Rosenberg said. “The world seems awash in capital … yet it’s very hard to find a deal from a return perspective. It’s hard to find things that are the right fit. (The Caribbean is) off the radar for a lot of capital providers.”

Sipple said the appetite for projects in the Caribbean tend to be in the $30-million to $100-million range.

“It doesn’t have to be a mega deal to get interest,” Sipple said. “There’s a lot of non-resort type of properties that can be built here. There’s a need for them.”

“If you’re going to spend the time to put capital out, you might as well do a large project,” Sonnenblick said, acknowledging that select- and limited-service properties have a place at airports in the region.

Elam said Fortress’ acquisition of the debt on the Westin Grand Cayman Seven Mile Beach Resort and its refinancing of the Aruba Marriott Resort is proof the company thinks the recovery in the Caribbean will continue. The two deals combined equated to a $470-million investment he said.

“Investment in the Caribbean will always be a deep pocketed investment game, knowing that eventually you’ll have an investment that’s unique,” Elam said.

Help from governments go a long way
Panelists agreed that some of that investment should be offset by governments that want to attract development and capital infusion into their countries.

A prime example of that is the Dorado Beach, A Ritz-Carlton Reserve, in Puerto Rico, according to Kenny Blatt, principal and COO for CPG Real Estate, which owns the property.

“Government participation allowed us to slog through three or four tough years,” Blatt said during the “Hospitality Leaders Outlook” panel.

The $1,200 to $1,300 average daily rate for the property has given CPG reason to develop the other 1,400 acres of land around the project, according to Blatt. The company refinanced Dorado Beach on Wednesday with Och-Ziff providing the financing.

The effects an active government can have on resort development and transactions aren’t always visible, speakers said.

“When people talk about cash flows and returns on a project, the first question I have is always, ‘What is the tax impact?’” Hecker said.

There’s also a difference between strategic investment and economic investment in the Caribbean, panelists said.

“The most strategic investor is generally the government,” Sonnenblick said. “I’m surprised there isn’t more going on in the Caribbean where the government is doing more.”

John Keith, managing director for Caribe Hospitality, said policies of some of the Caribbean governments, especially the foreign exchange rates, make it difficult for the hotel industry to be successful.

“I would challenge the governments to review their policy,” he said, adding they must understand they are competing in a world full of alternatives.