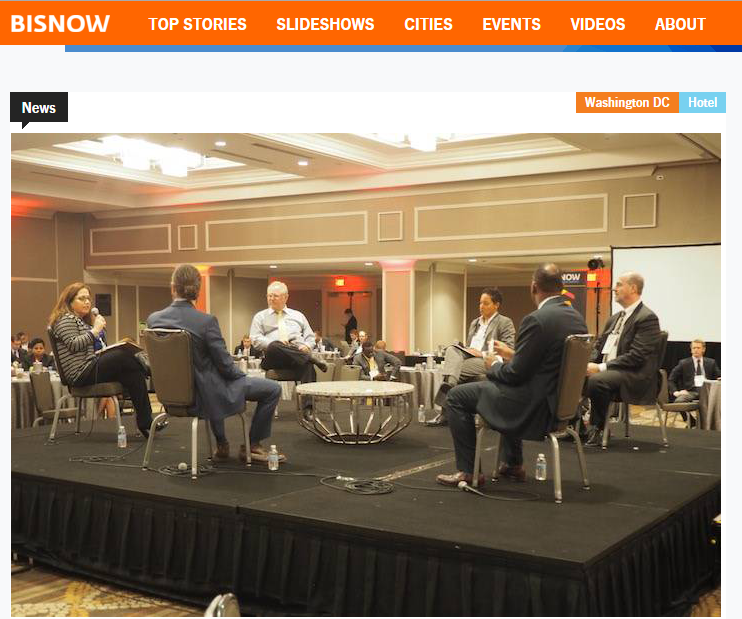 While Bill and Debbie were the highlight of the day, the 400 or so attendees were treated to a Sheila Johnson keynote and state of the hotel industry, covered yesterday. In the afternoon, the crowd was given an update on EB-5 financing from a panel of Polsinelli’s Dawn Lurie, Wright Johnson’s Aaron Goforth (he’s the one with the man-bun), Sonnenblick Development CEO Bob Sonnenblick, EB5 Capital founder Angel Brunner, who moderated in the style of Anderson Cooper, Homeier & Law’s Clem Turner, and NES Financial’s Reid Thomas. EB-5 is a vehicle for immigrants to invest in real estate. It’s a convoluted and complicated process, but it can be worth it. “The bottom line is always money,” Bob says. “The EB-5 mezzanine deal we just finished was at 6%. If you’re able to borrow mezz money at 6 instead of 12% to 13%, it’s going to save you millions of dollars over your transaction.”