Marina project said to be on schedule 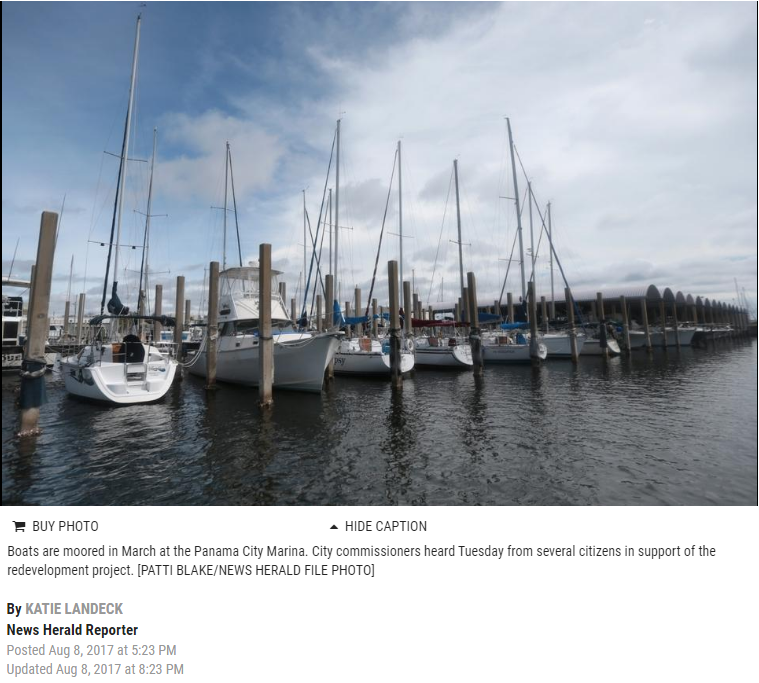 While the marina project was not on the agenda, it was the focus of the conversation during Tuesday’s commission meeting.

PANAMA CITY — Developer Bob Sonnenblick is expected to present the latest drafts of his plans to redevelop the Downtown Panama City Marina before the end of the month.

Under the exclusive negotiating agreement, the city set Sept. 1 as the goal for submitting the density for the project and as a juncture for the commission to give conceptual approval.

“Mr. Sonnenblick (is) to give to the city before Sept. 1 his desire as far as the density and site plan, and then the public hearings will occur in the first part of September,” said City Attorney Nevin Zimmerman. “I anticipate the submission coming relatively soon.”

Dates have not been set for the public hearings, but Zimmerman said the commission is considering Sept. 11 as a possible date. Two hearings are anticipated, according to the exclusive negotiating period.

“There comes a time in every politician’s life where you either cinch up your courage and do something significant or you kick the can down the road,” said attorney Alvin Peters. “And I think you are at that particular point.”