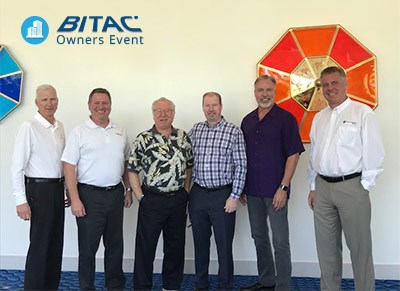 The prolonged lodging cycle, continuing consolidation, the rapid growth of home sharing and rising operating costs were among the key topics discussed by executives at the BITAC® Owners event earlier this week.

Taking place at the Grand Hyatt Baha Mar in The Bahamas, the executives spoke on a panel entitled “2020 Vision: What Lies Ahead For The Lodging Industry.”

Robert Sonnenblick, Chairman, Sonnenblick Development, LLC, sounded a note of caution when talking about the current economic cycle.
“I’m a great believer in cycles. If all of us are honest with ourselves cycles always have happened; we go up, we go down. This is the longest run of upcycle we’ve ever had and the longer the run the more apt we are to be facing that downward run and that actually scares me,” he said.

Roger Bloss, president, Alternative Hospitality, agreed while voicing concern about supply. “From a hoteliers standpoint I think we’ve pushed it as far as we can push it. I think we’ve put about as many rooms on some of those corners as we can. You look at these markets that five years ago everybody just wanted to be in and they went in and now there’s a lot of inventory,” he noted.

David Gould, president, hospitality division, Moody National Companies, offered a generally positive outlook but also expressed concern about the level of inventory.
“I think we still have some upside and opportunity for a little bit of rate growth, but eventually supply is going to catch up to us. The good news is the hoteliers of today have been through 2009 and we figured it out. We might have some rough spots but all in all we’re going to come out on the other side,” he noted.

Larry Broughton, CEO, Broughton Hotels, characterized it as “market by market” but also expressed a bit of optimism going forward. “I am bullish, I think we’re going to see another 12 months of modest RevPAR growth,” he stated.

Martin Thornros, principal, Convergent Services, observed some fundamental differences in the current cycle. “I think cycles are part of life, but this cycle we’re seeing lot of different and more selective development. We’re also seeing a lot more upper-upscale hotels as opposed to normally in this point in the cycle,” he said.

Meanwhile, a wave of merger and acquisition activity in recent years has dramatically altered the lodging landscape. According to the executives, there are a number of consequences that come along with that.

Sonnenblick expressed his concern.
“I actually think a lot of these consolidations are bad for our industry. Consolidation means less competition and to me less competition is always bad…When you get too big it’s hard to operate individual properties. Maybe that creates opportunities for people who buy from them but to me these big conglomerates are not good for our industry,” he commented.

Thornros, whose company provides IT solutions, brought to light another issue.
“I think it’s a huge issue with consolidation causing brand standards to be pushed through properties where it makes no sense at all and we’re seeing more and more of that,” he said.

Broughton acknowledged the perils of consolidation while also recognizing the potential opportunity. “The larger we get with a lot of this consolidation we’re going back to that era when it’s just bland product and that’s what scares me….I’m a little bit nervous about it but it does create opportunity. There are going to be the individual owners and investors who want personalized service so there’s going to be opportunity for the smaller management companies, I believe,” he said.

“I think the consolidation of the management companies is a benefit to us. When we’re smaller we’re more attractive to the general managers because they’re not just a number,” agreed Gould.

The executives acknowledged that the home sharing industry, particularly companies such as Airbnb, have impacted traditional hotels to varying degrees.

Sonnenblick, for his part, believes the impact has been minimal.
“This is going to sound funny, and this is probably the opposite of what everybody reads in the newspapers, but Airbnb to me is a very minor percentage of our mainstream industry. It’s far less than 10 percent,” he said.

Bloss, however, commented, “I think it’s bigger than anybody realizes.”
He continued, “you’ve got the big brands like Marriott going in so you know it’s going to have all the things we’re accustomed to and it’s not going away,” he asserted.

Broughton cited development as another area of concern pointing out that rules often change in municipalities as it relates to home sharing.
“What scares me about the whole home sharing thing is how I see developers that are trying to take an apartment building and ‘Airbnb it.’ We’ve been approached dozens of times to do that and I try to talk them out of it,” he noted.

In addition, labor costs continue to be a constant challenge for owners and operators, particularly in the wake of minimum wage increases in a number of states.

“I may be hypersensitive being in California, but the labor costs are ridiculous. When you’re paying dishwashers 20 bucks an hour what does the rest of your pay scale look like? When you’re looking at a 45 percent labor cost you’re economics change so you better be able to drive RevPAR,” said Broughton.

However, the panelists went on to point out that labor is just one cost challenge for properties.

“The biggest cost is when it’s time to renovate and the extent to which you have to renovate. That’s what usually hits us the hardest, but at the same time you also have brands coming up with different things you need to implement. For example, ‘now we have a new lobby so you have to do the new lobby by 2020’ even though it’s out of cycle,” said Gould.

Energy costs, particularly in California, also represent a significant expense, according to the panelists.

Bloss talked about his current project in Desert Hot Springs specifically.
“We went to the extreme in California to build wells, solar, and turbine. The only way we can really see ourselves sustaining these costs long term is to put money in on the front end… They’ve [California] already shut the power and they’ve shut the water off in the past, I need both of those things to survive,” he said, adding the company spent some 17 million dollars to drill the well.

Broughton added of the energy costs, “those are things we see month after month. It’s monthly operating costs that can just suck the value out of a property.”

Sonnenblick asserted that the aforementioned operating costs are part of why limited-service options are appealing to more and more owners.
“Ninety-five percent of the new builds in the hotel business are limited service so instead of having 40 employees we have four. Even when labor goes crazy it may not affect us,” he noted. 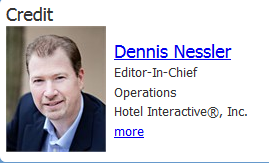